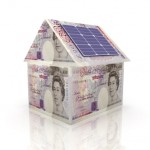 The Feed-in Tariff for solar installations up to 4kWp (16 panels) will remain at 14.9 pence for the first quarter of 2014. This has been confirmed by the government regulator Ofgem. The rate for 4-10kWp also remains unchanged at 13.5 pence. This means consumers have 4 more months, untill the 31st of March 2014, to use the current FiT rate, since in April it will be changed. Due to the automatic degression, a FiT rate can only remain unchanged for three quarters. Since solar will have been unchanged for three quarters in April next year, an automatic degression will occur:

The FiT rate degression could be higher (7% drop) if installations in December and January are high, but due to the Christmas period this is unlikely.

At the same time, there could be a benefit of installing solar before 1st of January 2014. Normally the FiT rate is adjusted for Retail Price Inflation in April of each year, but you need to have solar installed in the year before. Hence people installing before 2014 could see an increase of their FiT rate by April. The RPI is expected to be around 3% so you could benefit of an increased rate of 15.4 pence if the inflation adjustment goes ahead in April 2014.