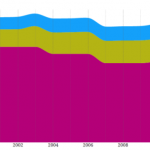 Due to technological advances, fossil fuel reserves have been growing in recent years. But to stop climate change from progressing, we need to leave the majority (70%) of these fossil fuels in the ground. How many solar panels are needed to replace the energy from these fossil fuels?

According to The Guardian, fossil fuel reserves have recently been increasing due to better technology. At the moment, there are about the following reserves of fossil fuels, expressed in CO2 (see graph): 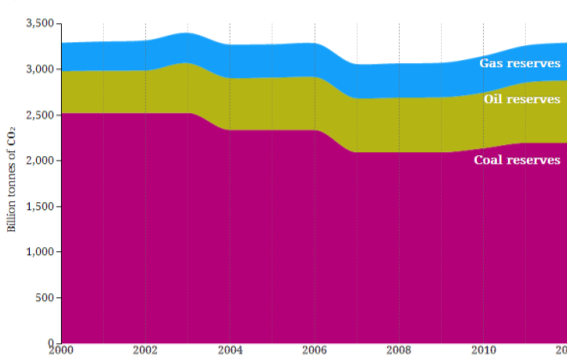 Oil companies are keen to use all of these valuable reserves, but in order to limit Climate Change to 2 degrees we have to leave 70% of this CO2 in the ground. So how many solar panels are needed to stop Climate Change? The answer lies in the ‘carbon intensity‘ of the different fuels, which is the amount of carbon emitted to produce one kWh of electricity. Roughly these carbon intensities are as follows: