It’s time to plan for a warmer world. According to a PwC report the world is heading for an unbelievable six degree Celcius increase in temperature in this century. And in order to limit it to two degrees the world has to increase efforts fivefold to reduce carbon compared to what has been achieved the last ten years. Our children could be in for a century dominated by climate change..

The report is based on the reduction of total global carbon emissions till 2050. In the last 10 years we have been decarbonizing (reducing carbon emissions)  by 0.8% per year. This is way too slow, as the following table shows the impact this rate on the expected temparature increase:

The table shows that even if we double our carbon reduction efforts the world is still expected to heat up by six degrees celcius! A continuation of our current level of reduction will only makes matters worse, as it is the total emissions over 50 years that count. The following chart shows that in 2000 the plan was set to reduce carbon by 3.7% per year. Since we are 12 years further, and we only reduced by 0.8% per year we now need to reduce it by a whopping 5.1% per year to make up for all the extra carbon emitted in the last 12 years: 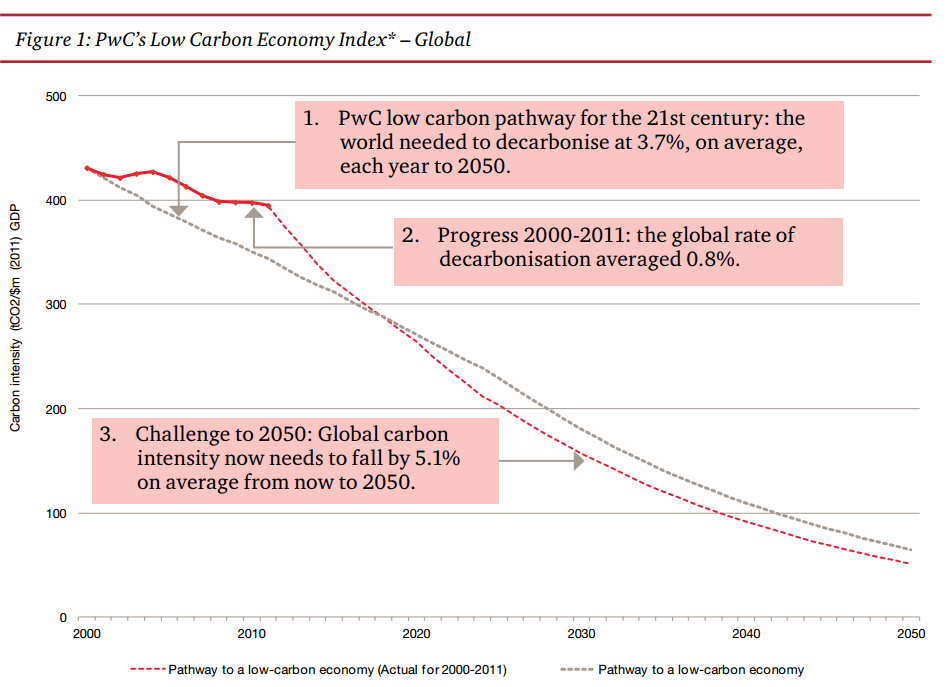 This basically means that every year one in 20 coal fired power stations should be closed down and one in 20 cars should be taken off the road and one in 20 airlines should quit. Given the current economic climate it is very unlikely that these targets will be met. Hence we better prepare for a warmer world. When temperatures increase by six degrees (on average), Europe will have the following new temperature highs in July:

Not too bad for the UK, having a Climate as warm as France. But for the southern European countries there is a strong risk of turning into a desert.
This is clearly shown by the following climate change map published by the New Scientist in 2009 that maps the impact of a 4 degree rise: 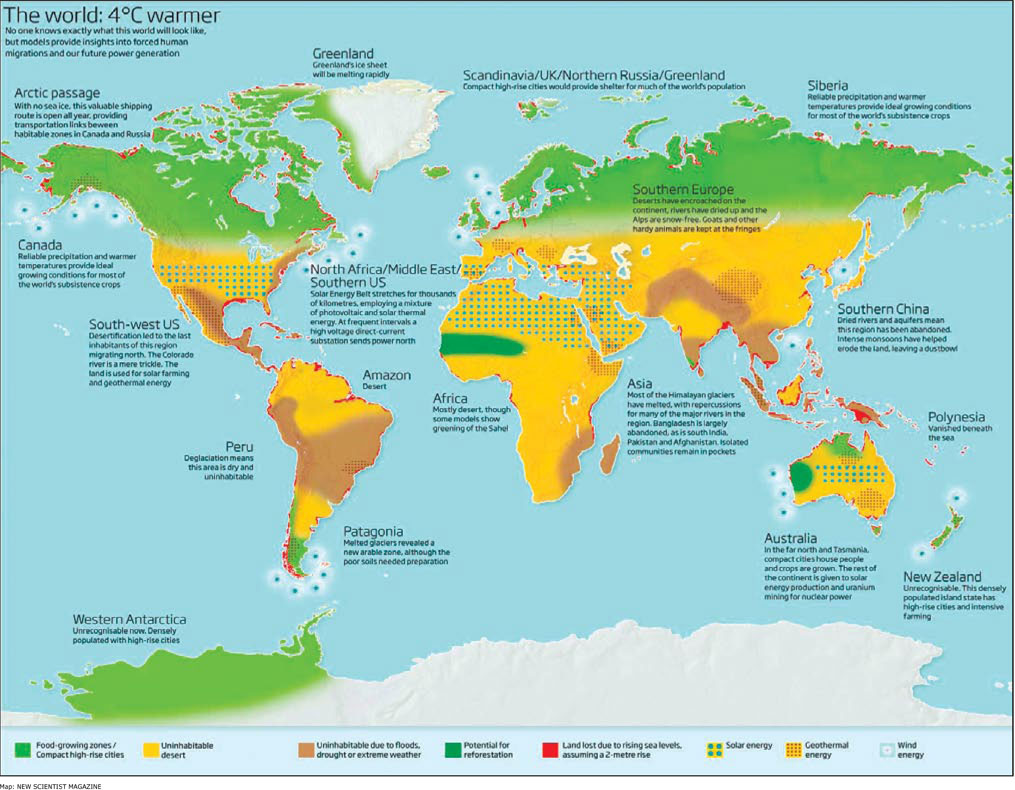 Again the UK will escape the brunt of the disasters, but don’t forget the North pole ice will continue to melt, and in the situation that all of it melts the sea will rise by about 7 meters. For London this will mean the following areas will be flooded by the sea:

We started CompareMySolar to turn the tide and do our bit for the environment, to make the world a better place for our children. Now it’s time for those bankers in Canary Warf to also focus on global carbon reduction rather than profit maximization, otherwise they’ll surely end up with wet feet.