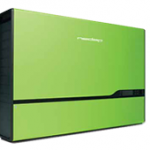 Within the UK, your current return of solar panels is threefold:

Your total return per kWh is hence either 15.44 plus 15 pence which is more than 30 pence or 15.44 plus 4.5 pence which is less than 20 pence – the price difference of each kWh exported rather than used in your home is 10 pence, which is simply profit for your utility company.
On an annual basis a 4kWp (16 panels) system would generate  up to 4.000 kWh. The general assumption is that half of this would be exported to the grid, although this can be significantly more for a working couple that is only at home in the evening. When 2.000 kWh would be exported every year, you miss out on 200 pounds of annual return from your solar panels.
Ideally the solution would be that the utility company would pay a fair price (15 pence) for the energy that you export to the grid. This is called net-metering and is currently available in for example The Netherlands. In the Netherlands you can use net-metering up to your own energy usage, with a maximum of 5.000 kWh. There are certain utility companies that offer wider allowances (up to 10.000 kWh) as a way to get more customers, whereas other utility firms try to limit payments by for example measuring usage versus exports through smart-meters on a monthly basis – which results in natural over-exporting during summer months. Overall it seems that net-metering is something that utility companies are not very keen on, since it limits their profit potential, and hence needs to be included in the law to be accepted by these utility firms.
The alternative is to use Battery Backup, where you store the electricity generated during the day, and use it during the night. Basically you avoid exporting during the peak production of your solar panels around noon, and use this electricity during peak usage in the evening, as the following pictures show (courtesy Finn Peacock from Australia):
Normal daily solar panel production vs usage: 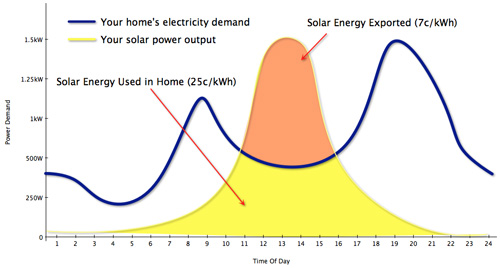 Battery Backup: Shift from exporting electricity to use in evening hours: 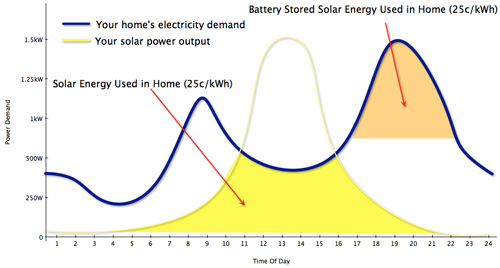 In the UK the increase in return could be up to 200 pounds per annum, as discussed previously. Since the lifetime of batteries is around 10 years, they should cost less than 2.000 pounds to make them an attractive investment to add to your solar panels. At the moment prices are still higher than that, but we expect in the next 2-3 years that battery back-up systems would become much more affordable.
In order to add battery backup, you’ll need an inverter that is battery ready. The actual battery can then be added later as and when you need it. Most inverters at the moment are not battery ready, but the Nedap Power Router (calculation tool here) is an example inverter that is battery ready, and can result in savings of 150 pounds per year: 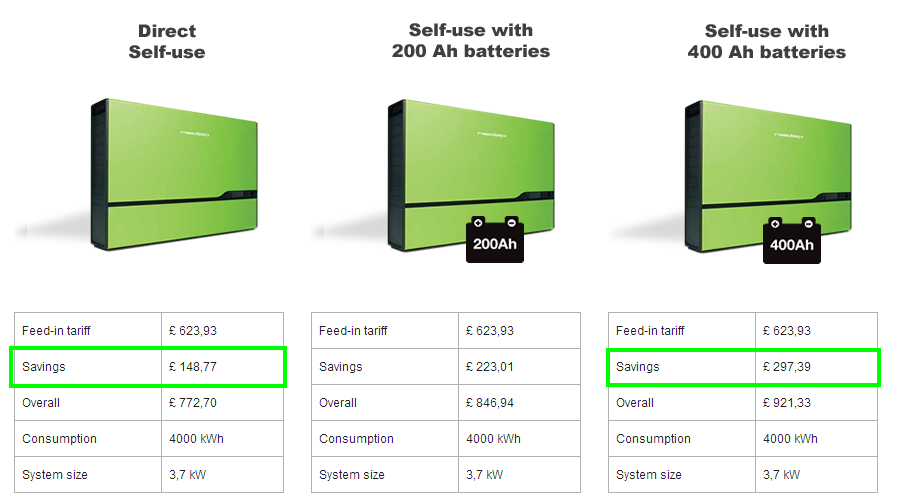 Overall battery back-up systems are a solution that will be most beneficial in 2-3 years. In the meantime we’ll keep good track in developments in cost and return and add the option to our search results when they become economically viable.