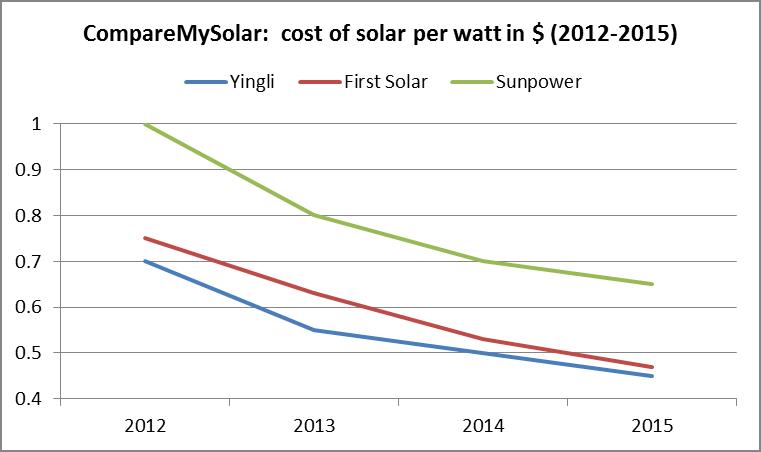 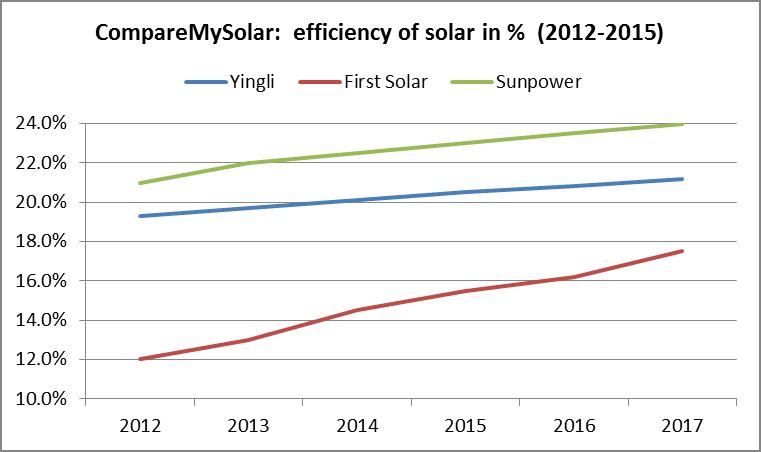 Clearly it shows how based on cost, Yingli and FirstSolar go head to head, with Yingli the expected winner, although the difference is less than 10%. Based on efficiency, Sunpower will remain the market leader, but Yingli wil remain a much more affordable alternative. FirstSolar with thin film technology improves quickly in efficiency but is expected to stay behind and hence is unlikely to be used often for rooftop installations over the next 5 years where space is limited. Hence our overall winner would be Yingli solar panels. 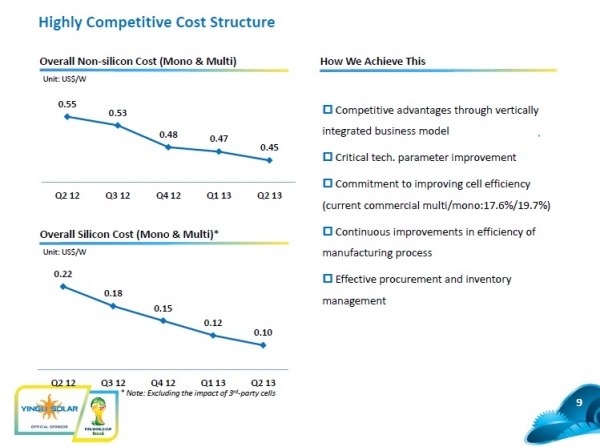 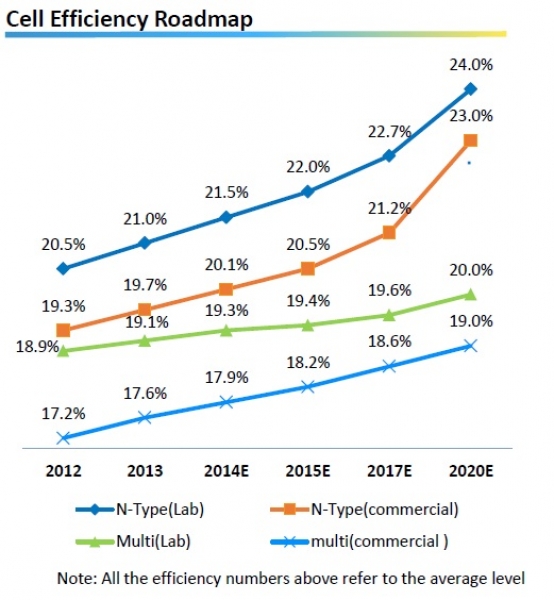 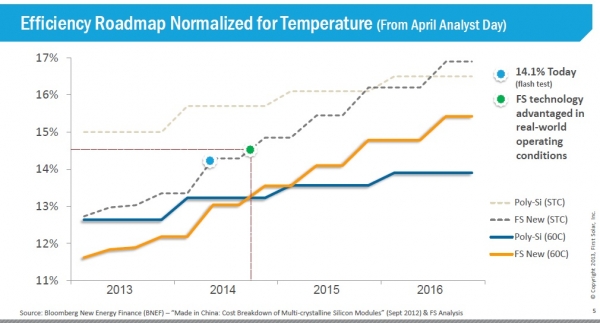 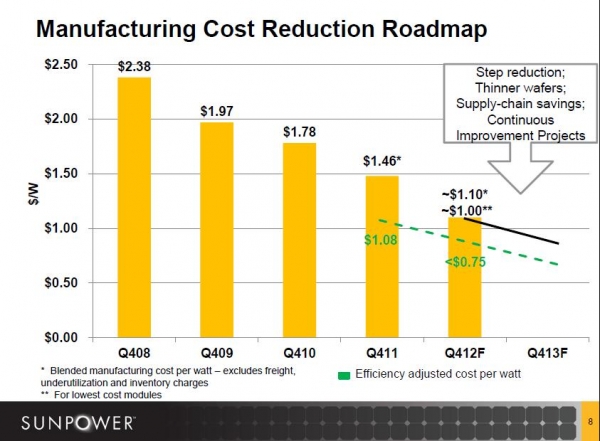 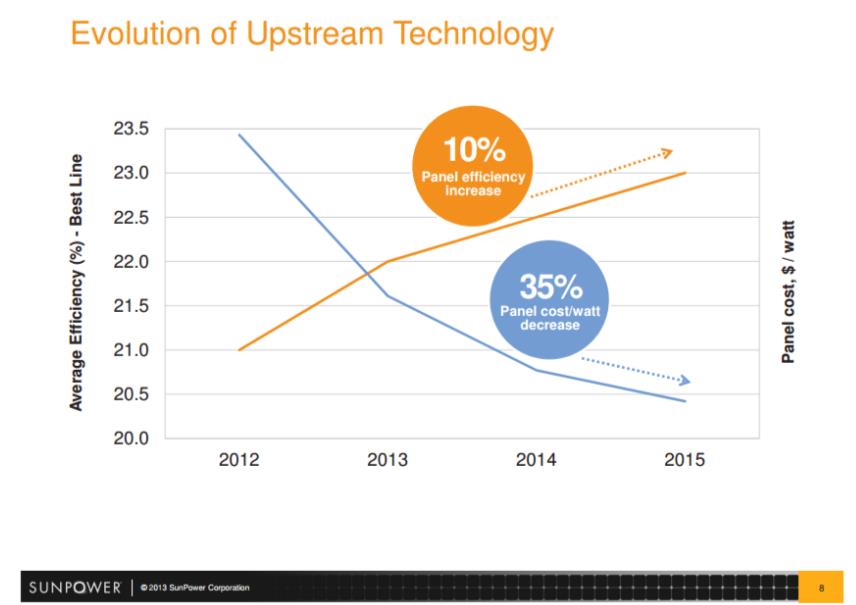